Karin Brandt is the Co-Founder and CEO of coUrbanize, a platform that helps communities and urban developers build better cities, together.  A TechStars Boston alumna, Karin was previously a researcher at the Lincoln Institute of Land Policy, where she co-edited Infrastructure and Land Policies.

This interview is part of the Aspen Institute Center for Urban Innovation’s series of conversations with inclusive innovation practitioners.

Jennifer Bradley:  How do you define civic engagement? 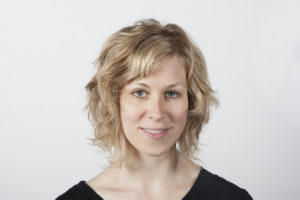 Karin Brandt:  We define civic engagement as active involvement by community members in shaping and influencing their community.

JB:  Why does civic engagement matter?

KB:  The best communities are built by both project teams and community members engaged constructively in building better projects together, so it’s critical that a broad range of voices are heard.  That includes: people with busy lives, multiple jobs, [who need] babysitters.  People who are intimidated by the regulatory review process, which is many people.  Or people without access to technology or whose primary language is not English.  I think of it broadly as people who just don’t have the privilege of time to take three hours to go to a community meeting on a Tuesday night at 7:00.

JB:  Where is civic engagement most difficult, and how do you deal with that?

KB:  It is most difficult when there’s a loud, vocal minority that intimidates others.  We see this in communities that are experiencing a lot of change, usually communities that have been relatively homogeneous in size, in the mix of people, the type of people who live there.  We’re seeing it in a lot of suburban communities that are right outside of the city, where there’s a need to densify.  It gets very personal.  There’s often a lot of misunderstanding, misinformation, people are very angry.

So it’s all about moving the conversations from the emotional realm into the fact-based realm.  We find that taking the conversation online in a constructive community forum makes it easier for people to participate without that physical or in-person opposition with their neighbors.  The conversations can be more constructive.  It’s easier for someone to say, “Hey, we’ll be removing parking but a lot of us, or our kids, don’t have cars, and need a place to live.  So that’s more of a priority than parking.”

I have this belief, this conviction that the people who live in a place have a unique knowledge about that place that is extremely valuable and needs to be tapped into in order to make the best projects successful.

JB:  Can you give me an example where you had a difficult civic engagement, and how coUrbanize has helped defuse or resolve a tough situation?

KB:  We have a project in a very wealthy suburban community, and the project is largely affordable housing.  We always joke that when there’s an affordable housing project, everybody becomes an environmentalist or a preservationist.  They never say that they don’t like the affordable housing or the people who are going to live there, but they come up with every other reason [to oppose the project], so you see a lot of misinformation.  That’s an opportunity for the developer to respond with facts, like, “The town has invited us to do this project because the tax base needs new growth.  There’s an affordable housing need identified by the town that this project fulfills.  Here’s what the traffic study says, and these are the mitigation efforts we’re doing.”

JB:  Can you tell me about a time that you were surprised by the outcome of the civic engagement process? And what happened next?

KB:  Well, my training is in city planning.  So I have this belief, this conviction that the people who live in a place have a unique knowledge about that place that is extremely valuable and needs to be tapped into in order to make the best projects successful.  And so one example of that was a transit-oriented development project in Forest Hills, a neighborhood in Boston near the end of a subway line.  They were building a large residential development, and one of the community members said, “I saw you have some affordable housing units.  We have a lot of artists in our community, and a lot of artists struggle to find affordable housing.  Could you make some of these affordable housing units designated for artists who already live in the community?”  And the developer responded, “That’s an interesting idea, we’re going to look into it.”

And then a couple weeks later they responded that they were going to provide some of those units as designated-for-artist affordable.  That was a great way for a local community member who didn’t know about the project to learn about it, raise their voice in support of a local issue, and have it happen.

JB:  How do you measure success in civic engagement?

KB:  We look at whether we are bringing people from what we think of as the lowest entry point into showing up at a meeting.  Everything that we do at coUrbanize is designed to lower the barrier to entry and make civic engagement easy.  So one thing we do is text messaging.  We’ll have signs around a project asking people a fun question.  In Brownsville, Brooklyn, we worked with NYC Housing Preservation and Development to design signs that said, “What do you love about Brownsville’s parks?”  Or, “What would you like to see in this vacant space?”  People could walk by and text in an answer.  And now they’re connected to the online platform which increases the likelihood that community members will actually show up at a meeting.  Our user experience is designed to help people start with a very low bar entry point and move to actually showing up at a community meeting, which is the most difficult action to get people to take in terms of engagement.

When we first started, our measure of success was getting information out to people and helping them get educated about a project.  The next hurdle was getting them to make comments and be actively engaged.  And now that we’re getting a lot of comments and engagement, it’s being able to sort through that data and make sense of it, and make it productive.

We’re looking now at how to measure the changes in a project because of community engagement.  For example, when retail meets community needs, or when there have been changes in affordable housing or setbacks or parking or new artist housing that wasn’t there before.

Giving people some prompts to direct them to where they can provide valuable and meaningful input is really important.

JB:  Often people in power resist civic engagement because they worry, “What if people ask us to do things that we can’t do, or it takes too long, or we hear something we don’t want to hear?”  How do you answer that concern?

KB:  I think that’s a very common concern.  A lot of our affordable housing clients often have very little wiggle room to make the financial numbers work for their projects.  So it’s very difficult to ask people, “How high do you think the building should be?  What do you think the apartments should cost?”  Those really aren’t the questions that our clients need feedback on.  We work with our clients to understand the areas of the project that people can meaningfully influence: “What type of retail would you like to see?  We have this amount of space.  It could be a coffee shop, a laundromat, a daycare center.  What would you like to see here?”  Giving people some prompts to direct them to where they can provide valuable and meaningful input is really important.  We’ve seen less success when project teams ask very open-ended questions.  Most community members don’t really know what they can say, so providing some direction is a win-win.

JB:  Is there anything that we didn’t get to in this conversation that you want people to know about civic engagement?

KB:  The best way to drive and sustain engagement is to be responsive.  The worst outcomes happen when people provide input and it goes into a black box.  If a project team doesn’t respond, doesn’t iterate on their plans based on that feedback, or doesn’t let people know how they’ve added value, the likelihood that those community members are going to engage again decreases dramatically.  People need to feel that their feedback has been heard, that people are very responsive to their contributions, that it matters.  That’s ultimately what it’s about.

This interview has been edited and condensed for clarity.

This blog series is supported by the Citi Foundation, a vital early supporter of the Center for Urban Innovation at the Aspen Institute.  With the Citi Foundation’s help, the Center convened leading-edge practitioners to develop a shared set of principles to guide a cross-sector approach to inclusive innovation in low- and middle-income neighborhoods, and to determine how the Aspen Institute could support this practice. 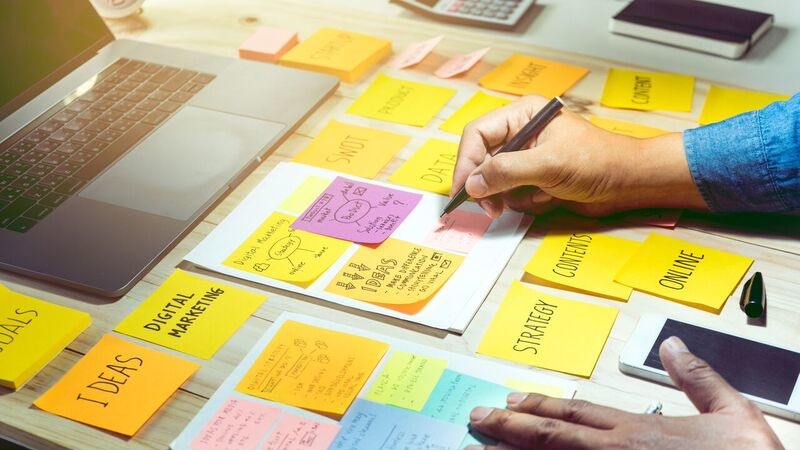 Urban Innovation
‘It Would Be Amazing If Residents Met the People Who Are Actually Out On the Streets Implementing Policy.’

The best of the Institute, right in your inbox.